The next starts with the Shital Sinha who is in her room and gets the message of interview for the job which she had applied few weeks earlier. She reaches the address.but when she entered the interview room she was shocked. Because the owner of the company was the same man whom she had the accident. Now she feels little embarrassed of her attitude.. And she too get infatuated with the Bharat Bhushan Bhatt .

The next scene again they met by chance . As scooty break down the road side.The Bharat Bhushan Bhatt  saw her and helped her.. He asked his employ to tow the scooty to a garage.. And gives her lift.. Their love bonding strengthened in the car journey and the dream sequence starts

The next starts with them falling in love with each other deeply.. The Bharat Bhushan Bhatt  is crossing the road but his eyes are only on the Shital Sinha.He didn’t saw the car coming on his way.it looks like he will collide with the car but is close shave..The Shital Sinha is overwhelmed with emotion to see his love of life is safe and starts crying… The Bharat Bhushan Bhatt dried her tears and both of them go their destined place.

Overall the song and lyrics was good, music was good.. Scene Selection was quite ok. Acting and video editing could be better. As per my opinion i gave rating 10 out of 7 in all aspects. Over all oudience like this song.

Also Watch: Different types of bra for different occasions every woman needs in 2021 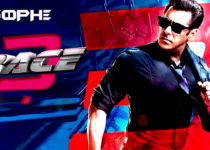