In Bhabua of Kaimur district in Bihar, the son of ward councilor shot and killed Sikthi’s youth due to mutual enmity today. Police sources said that Mohammad Sahil, son of Councilor Badruddin of Ward No 10, shot Madhav Patel, a resident of Sikthi village in Bhabua police station area, due to mutual enmity, killing him on the spot.
When Mo. Sahil was trying to escape after being shot, the locals caught him and handed him over to the police after beating him fiercely.

Sources said that Mohammad Sahil was seriously injured due to beating. He is admitted to Sadar Hospital where his condition is said to be worrisome.

Police patrolling the streets of the city, chaos in the village

Around 5 pm, the crowd started a demolition

The shutters of the city’s shops began to collapse in view of the deteriorating mood of the agitated crowd after the shooting of Sikthi’s youth near the city airport on Wednesday evening. Passengers started running towards the streets. Put the raw material in the shops like the shopkeeper and put a lock in it. Seeing it, silence fell in the city’s courtyard and collectorate. The noise of the devotional song being played from the puja pandal from the audio cassette also stopped. Even the vegetable market started feeling deserted. Police vigil on the streets increased. People lurked in their homes. Those who came out were also called and called home. Some people were commuting by bike.

The public did not see Ekta Chowk, Patel Chowk, JP Chowk and even Purana Chowk. Chaat, pakore, chowmin, chhola-bhatura, chowmin, egg, mutton, chicken, paan, tea shops closed. Discussions about this incident intensified in homes. Pan Vikrama Manoj Kumar of the Collectorate said that shopkeepers have closed their shops in view of the uproar. The administration also appealed to him to close shops citing security. Police vehicles started patrolling on the streets playing sirens.

On the other hand, the ambulance carrying the dead body was stopped by the villagers near Patel Chowk and instead of doing the post-mortem of the body, they took it to the village. There was chaos in the house and village as soon as the dead body arrived. Which was the place where the deceased reached near the door. The police officer has also reached the village of Sikthi with the jawans. Police is in talks to bring Sadar to the hospital for post mortem. Former MLA Dr. Pramod Singh helped the administration to calm the crowd. 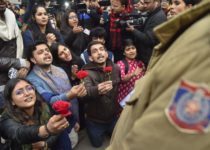 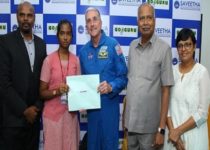